Best beaches near to Ibiza City 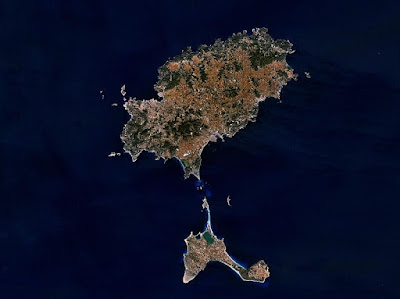 Ibiza has 210 km of coasts where long golden sand beaches alternate with rocky coves that are difficult to access. Let's not fool ourselves: the tourist who visits Ibiza every summer looks for the perfect combination of sun and beach, something that would exist equally even if all the clubs on the island disappeared.

Ibiza remains, despite the tourist maelstrom, an island with a remarkable rural charm. It is enough to move away a few kilometers from the main towns, Ibiza capital and Sant Antoni, to immerse yourself in a world that has remained unchanged for centuries. There is nothing better than making an interior route to arrive, exhausted and sweaty, to a cove in the north of the island and cool off in its crystal clear waters. And best of all, walking, lay on the sand, bathing and using the beach is still free.

Let's see some of the best beaches and coves of Ibiza. 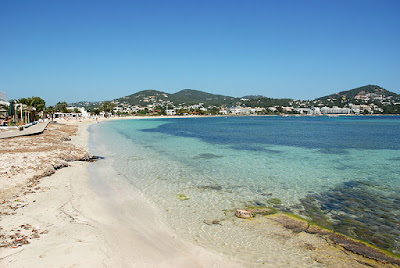 Talamanca beach is very close to the city of Ibiza, just 15 minutes from downtown and very close to the Pacha Club. The beach is located on the other side of the marina and is perfect for bathing without relying on a car or public transport service, which unfortunately does not work too well in Ibiza.
It is a urban beach, long and sandy, where you can find all the services including some good and not too expensive restaurants.

how to get there:

follow the signs to get to the Pacha club (Avinguda 8 d'Agost), leave it behind and follow the street (you will see that on the left there is a wetland area and on the right the Marina). At the end of the avenue the beach begins.

Line 12B starts at Ibiza downtown, building CETIS, and it has stops at Gran Hotel, Ambulatory and then Talamanca. This line is operative only between 1st July up to 31st August. 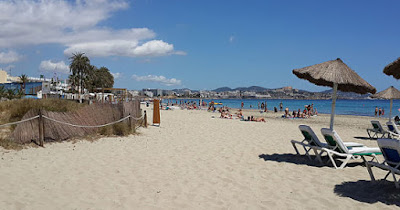 Maybe Playa d'en Bossa is not the most beautiful beach of Ibiza city, but is for sure it is the most popular and known. This is the beach located between Sant Jordi and Ibiza that concentrates the largest number of party places like Ushuaïa Beach Hotel, Bora Bora and Hi Ibiza, between many others. Therefore it is the favourite place for clubbers but also for families cause in its almost 3 km long there is place for everything and for every kind of people.

The area is plenty of clubs, restaurants, and many services one can expect in an urban beach. Playa d'en Bossa is in the way between the Airport and Ibiza City, so it rules the south area of the city while Talamanca, a bit more relaxed, rules the north. For those lovers of the clubs and party, d'en Bossa is the place of Matutes empire (Hi Ibiza, Ushuaïa...) where formerly Space club was set (now the local is ocuppied by Hi Ibiza) while the north is the territory of Pacha (Lío Ibiza, Pacha, El Hotel, Destino etc).

how to get there :

you have to leave the Dalt Village (old city) at your back and walk by the coast line like you were going forward to the Airport. It's more far than Talamanca from downtown but still reasonably near (30 minutes walking).