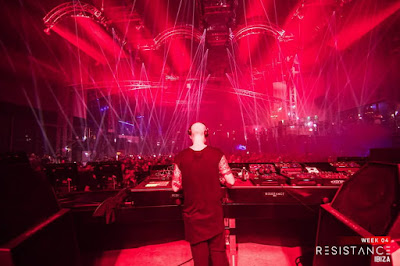 Privilege's Tuesday night underground extravaganza returns to Ibiza with an incredible 9-week residency from 23 July to 17 September.
Famous for having festival stage line-ups and outstanding production, RESISTANCE made quite an impact back in 2017, when Ultra brought RESISTANCE to the island for a major season debut.
In 2018, the Tuesday night residency went from strength to strength bringing a ginormous following of tech-house fans and arguably the best line up of the season. Following this, the globally renowned clubbing brand took home the trophy for "The best Ibiza night" at the DJ Awards before smashing their Closing party, seeing their second season on the island out on an almighty high.
Carrying on from the success of last year, there has been a lot of pressure on the return of RESISTANCE. This time around, it's back with a vengeance and will welcome a huge roster of heavyweight headliners to the stage of Privilege.
Global Ambassador Carl Cox and Adam Beyer are confirmed. Hot Since 82 is among the most talked-about additions to the line-up; After having led his own party in Pacha the past couple of years, the move will give the star the opportunity to take his music to the iconic Privilege terrace on 5 dates: 23 and 30 July, 20 August and 3 and 17 September.
Eats Everything, Charlotte De Witte, Maceo Plex, Richie Hawtin and Sasha and John Digweed are among the most regular names performing this season. The completion of the line up is just as impressive, with Dubfire, JamieJones, Joris Voorn, Joseph Capriati, Kölsch, Loco Dice, Nic Fanciulli, Nicole Moudaber, Paco Osuna, Pan-Pot and Testpilot all confirmed to send us to techno heaven.

Get your tickets now!

BUY THE TICKETS FOR THE TUESDAY'S PARTY